Since the birth of the first e-cigarette, the industry has been attacked with misleading studies, myths and sometimes even blatant lies. We have gathered 3 of what we think are the most annoying myths concerning the e-cigarette industry and products.

It started with a U.S. Center’s for Disease Control and Prevention Director Tom Friedman stating that “Many teens who start with e-cigarettes may be condemned to struggling with a lifelong addiction to nicotine and conventional cigarettes.” 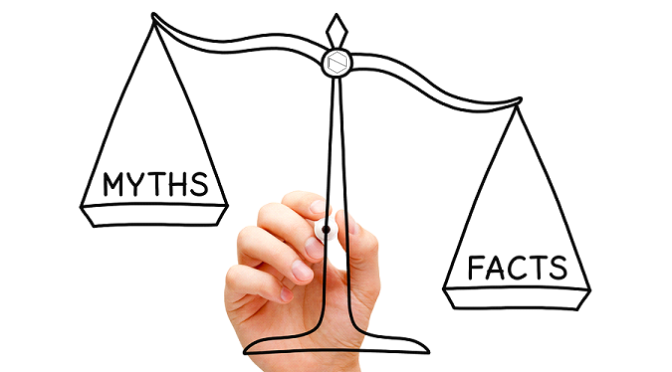 A personal opinion with no actual research to back it up can still be found on CDC’s website, due to Tom’s position it gained a lot of publicity and credibility. Others claim that the e-cigarettes and e- juices are marketed to children and teenagers due to their colorful, attractive packaging and the variety of flavors available.

Facts: Based on 2013 and 2014 National Youth Tobacco Survey, the use of traditional cigarettes has reached an all-time low in all age groups, while the e-cigarette use has risen and surpassed the analog cigarette use. For example, for high school seniors, the daily tobacco cigarette use rate went from 8.5 percent in 2013 to less than 7 percent in 2014. As for the colors and flavors aspect, according to the Journal of Consulting and Clinical Psychology’s “Differentiating Stages of Smoking Intensity Among Adolescents: Stage-Specific Psychological and Social Influences” children and teenagers are more influenced by friends, parents, peers and stress levels than advertising or flavors. Actually the most popular e- cigarette flavors among teenagers were: Camel, Marlboro and Newport – all typical, well known cigarette tobacco flavors, while caramel and fruit flavors added up to only 2% sales.

Currently, there are no laws regulating the manufacturing, sale, and use of electronic cigarettes in most countries it is a common conception that nobody knows what actually is e-liquid. While it is true that the industry is not regulated by law, it is also SELF-REGULATED in most cases. We develop healthier, more pleasant ways of ingesting nicotine. We do not need to be told what not to use or how to use it, we care, we want to improve our customers’ lives and not ruin them. At Chemnovatic we use ONLY pharmaceutical grade Propylene Glycol and Vegetable Glycerine for nicotine bases. Our PureNic 99+ Nicotine is the purest nicotine available on the market – crystal clear, colorless, flavorless – all proven by Certificates of Quality available for our customers to see. All our flavors and additives are food grade, harmless and safe to ingest, GMO- free and do not contain harmful Diacetyl, Acetoin, or Acetyl Propionyl. We carry out regular laboratory tests on every ingredient we use and the final product we sell so that every single one of our customers gets the same highest quality, safe-to-use product.

According to this article by Mayo Clinic, “No studies have been done to examine the safety of e-cigarettes”. In reality there has been over 30 studies carried out and can be found at OnVaping.com. We had already mentioned the Public Health England’s findings showing regular cigarettes being 95% more harmful than e-cigarettes here. According to both London’s Royal College of Physicians and the American Council on Science and Health electronic cigarettes are “safer products” compared to analog cigarettes and “could potentially prevent many deaths and episodes of serious illness”. Actually, contrary to Mayo Clinic’s article, there is quite a lot of research available online from the Onassis Cardiac Surgery Center among other sources, research on various aspects of electronic cigarette use, its benefits over cigarettes (do not stiffen the veins, have no adverse effects on blood and oxygen supply to the heart, etc.), they are also working on another paper comparing e-cigarette and nicotine patch as smoking cessation devices. Despite all the studies available so far, we at Chemnovatic strongly believe that there is still room for improvement. More research should be conducted and propagated among the public as they positively influence both the consciousness and knowledge people have on the topic of vaping and the health and safety of e-cigarette users. We would like to invite any institutes, universities, or other research subjects willing to cooperate with an e-liquid manufacturer on a research project to contact us.