E-cigarettes and vaping trends for 2021 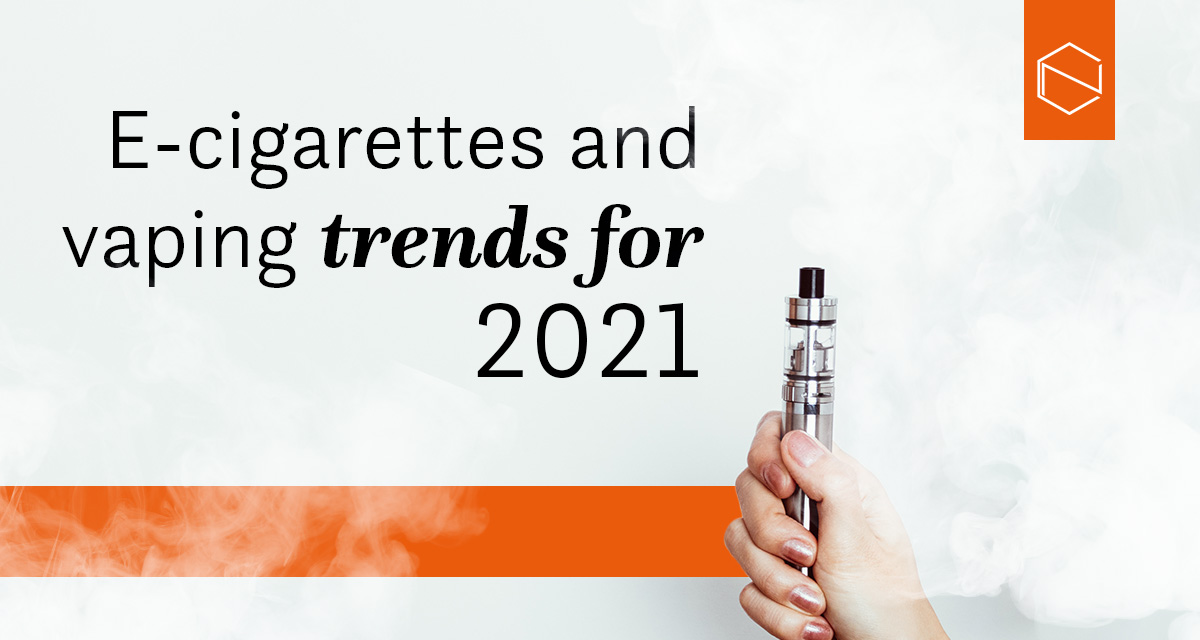 E-cigarettes and vaping trends for the e-liquid market in 2021. The new year has already started and a lot is going to change. This is going to affect how we need to think about the e-liquid industry for 2021 and beyond.

Last year, the retail part of the e-liquid industry – vape shops – faced (and still does) a lot of limitations due to social distancing and domestic laws introduced due to pandemics. But although turbulent, 2020 turned out to be quite kind for the vape industry in terms of sales. The popularity of alternative nicotine delivery methods has grown in the past year. Probably both producers and retailers of e-liquid and vaping products wonder what are the trends and predictions for 2021. Let’s have a closer look at them in this article.

Most popular nicotine salts for e-liquids

Nicotine salts play a significant role in both the previous 2020 and the beginning of 2021. Undoubtedly, the growing popularity of nicotine salts is one of the strongest vaping trends this year. The reason behind this is their unique chemical structure. Users of e-liquids with nicotine salts experience a stronger nicotine kick comparable to the one after smoking an ordinary cigarette. For this reason, nicotine salts are an indispensable alternative for ex-smokers or smokers who wants to quit. 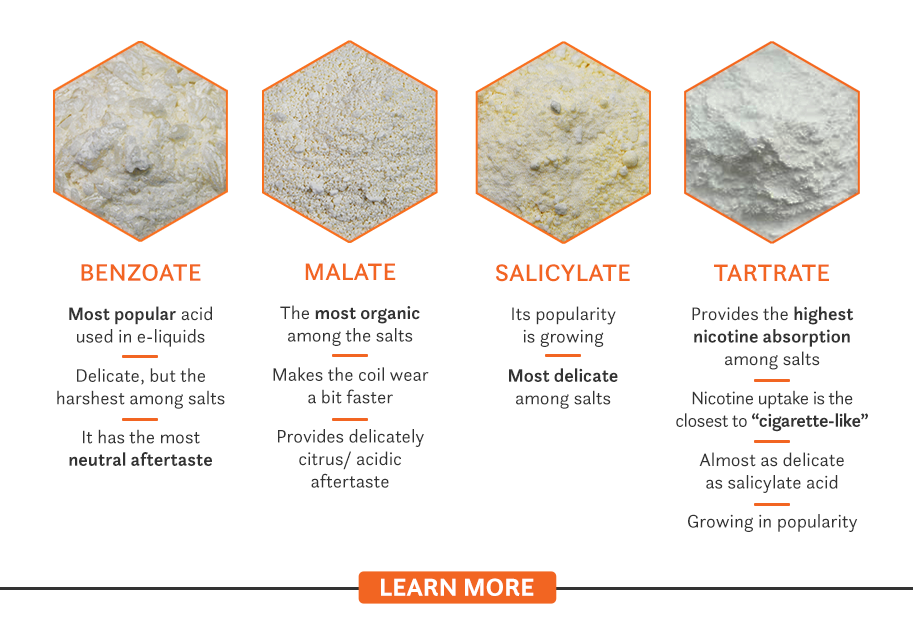 In 2020 and 2019 we have observed a strong trend for natural e-liquids. E-cigarette users just love e-juice that is made from 100% natural ingredients. Such products are more biocompatible with the human organism and more eco-friendly. 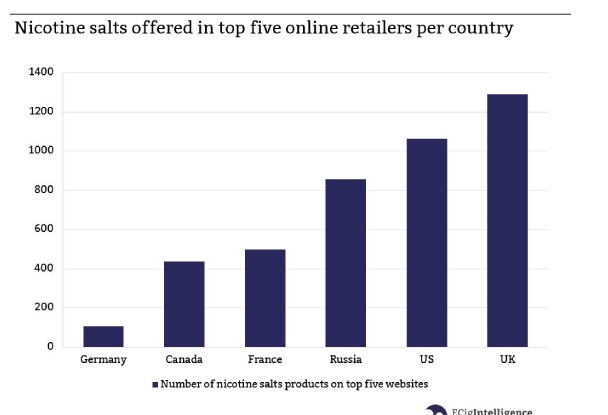 Nic&Salt Hybrid Base – innovative e-liquid base

Nic&Salt Hybrid Base is a novelty introduced by Chemnovatic in 2020. We have already received a very positive response from our customers. Moreover, the rising number of orders shows us that this solution may provide significant differentiation for producers of e-liquids. As the name suggests, Nic&Salt Hybrid Base is a combination of both nicotine salts AND pure nicotine. This innovative solution is especially valuable for two customer segments. The first one, are vapers, who prefer nicotine salt-based e-liquids, due to stronger and faster nicotine absorption. A part of them, however, miss the throat hit. On the other hand, some vapers of pure nicotine-based e-liquids would like to reduce the harshness of the eJuice, if only it was an option. For both of these consumer segments, Nic&Salt Hybrid Base – as it combines both nicotine forms – is the perfect solution. 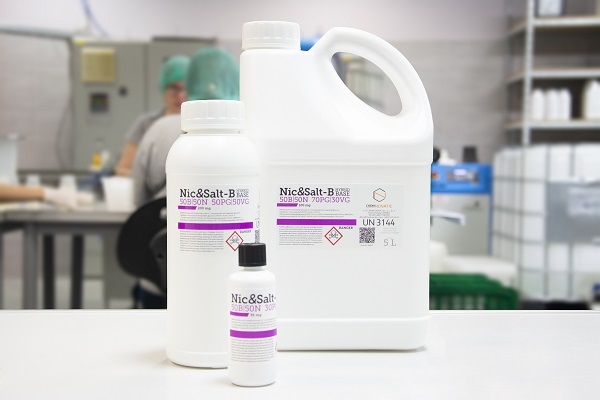 Since Nic&Salt Hybrid Bases are a combination of nicotine salts and pure nicotine dissolved in PG/VG, they offer the possibility of benefiting from POD devices, whose popularity is constantly growing.

POD systems and nicotine salts‘ growing popularity is an undeniable fact in the e-liquid industry. Each year new brands are constantly appearing on the market, trying to repeat the spectacular success of the JUUL brand. This year POD devices have a prominent role in all e-cigarettes and vaping trends.

Nicotine salts vape juices are ideal for MTL devices, pods, and low-power e-cigarettes. It is generally accepted that low-power devices (POD systems) are specifically designed to preserve the chemical properties of nicotine salts. For example, let’s take a look at coils in POD systems. Resistance in POD coils is about 1-3 OHMs which is quite high when compared to traditional atomizers (0,15-0,5 OHMs).

Higher resistance results in less cloud and a lower dose of nicotine during salt vaping. It is also a kind of protection because the salt-based liquids are usually sold in the highest permissible strengths (18-20 mg/ml). Since nicotine salts do not irritate the respiratory tract, users are automatically able to inhale larger amounts of vapours. A smaller cloud automatically protects us from absorbing too much nicotine into the body. As it would happen if someone would like to vape nicotine salts on a coil with lower resistance and providing big and dense clouds. 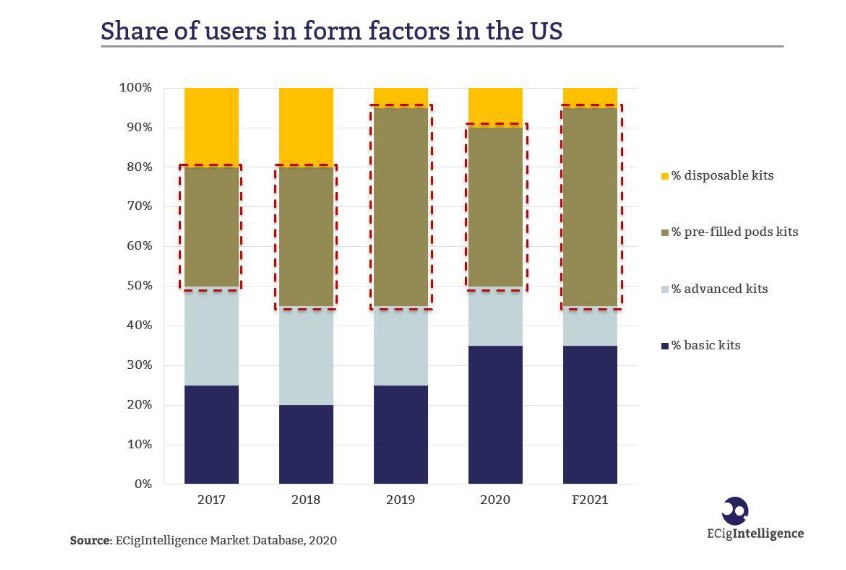 Next-generation products sale, like nicotine pouches, will thrive this year – experts suggest. Nicotine pouches are a modern, innovative substitute for smoking tobacco, which allows to effectively prevent nicotine craving. Their use is very simple and extremely intuitive, as it is enough to insert one pouch between the upper lip and gum. You should keep it in the mouth for up to 30 minutes. You should feel the effect of nicotine through a subtle tingling sensation.

It is a modern and a lot less harmful alternative to traditional cigarettes. Nicotine pouches do not cause discoloration on tooth enamel, do not contain tobacco and their use does not result in the unpleasant smell of smoke. Moreover, their use is discreet and possible in any place as they are not subject to smoking ban regulations. You can use them at home, at work, while traveling or walking. In addition, they are much more economical than traditional packets of cigarettes. They are not regulated by TPD.

If you want to read more about nicotine pouches, makse sure you check our article about 8 facts you need to know and nicpouch pouplarity.

The growing popularity of snus in Sweden. Snus is a product containing tobacco, while nicotine pouches do not. While these are two different products, their properties are similar, as well as the rate of growth in recent years and months.

At Chemnovatic we are aware of the needs of our clients. We follow current market trends and provide our customers with top-quality products that are innovative and safe at the same time. We are happy to share our experience and professional knowledge with you. If you are looking for inspiration for a new, innovative line of e-liquids, please, contact our sales advisors at sales@chemnovatic.com.