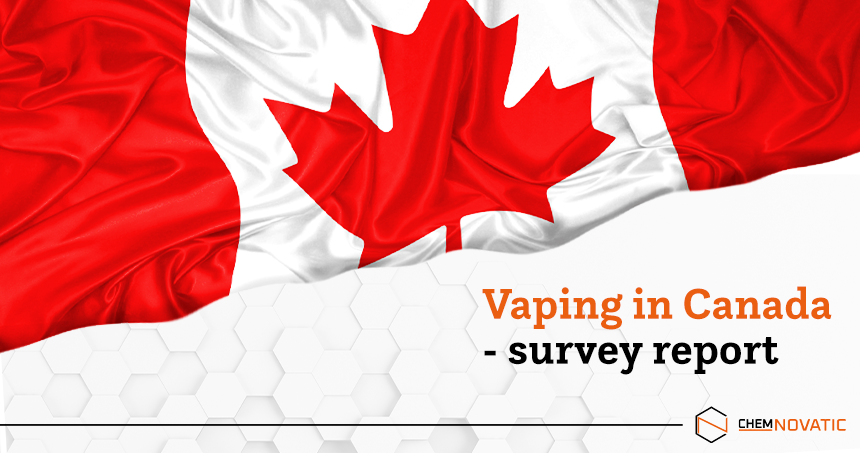 Vaping is a legal alternative method of delivering nicotine to the organism. At the same time, it is less risky than smoking. Although vaping in Canada is not prohibited, individual Canadian provinces have their own restrictions and rules regarding the sale of vaping products. The restrictions on e-liquids and vaping equipment in different Canadian provinces mainly concern the nicotine content in e-liquid. Moreover, some provinces have also banned flavored e-liquids apart from such flavours like tobacco, menthol, and mint.

In January 2021 ECigIntelligence with the help of the Canadian Vaping Association (CVA) conducted research on a group of vapers. The respondents were asked about the brands’ awareness, favorite equipment, interest in given products, as well as the prospective behavior in response to the vaping expected restrictions. The results of the survey gave the researchers considerable insight into vaping industry and e-cigarette users in Canada. ECigIntelligence surveyed a group of 207 people who use e-cigarettes on a daily basis. A significant number of respondents use open systems more often than closed system devices. Almost half of the respondents have been vaping for at least 5 years, of which the oldest e-cigarette users have been vaping for more than 5 years. 9% of respondents have been using e-cigarettes every day for more than 8 years. 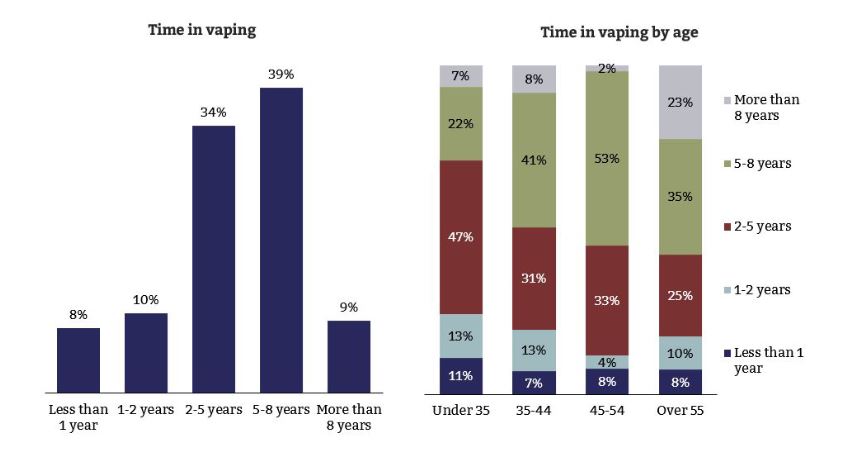 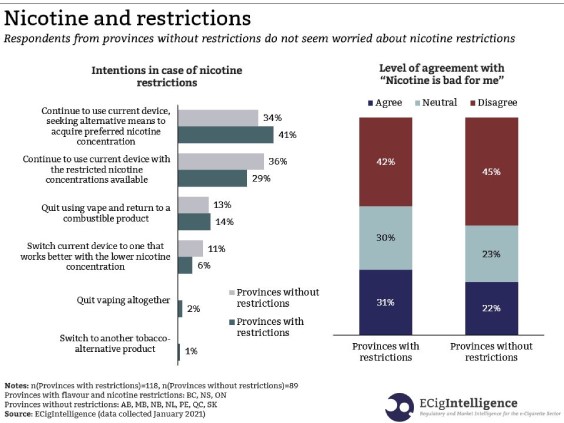 If you’d like to learn more about vaping trends in Canada, we recommend you to get familiar with the full version of the ECigIntelligence report, which’s available here. Also, be sure to subscribe to our newsletter! We promise that we will only send you reliable, useful, and valuable content. Join our newsletter in the form below, or contact our advisors at sales@chemnovatic.com. [/fusion_text][/fusion_builder_column][/fusion_builder_row][/fusion_builder_container]